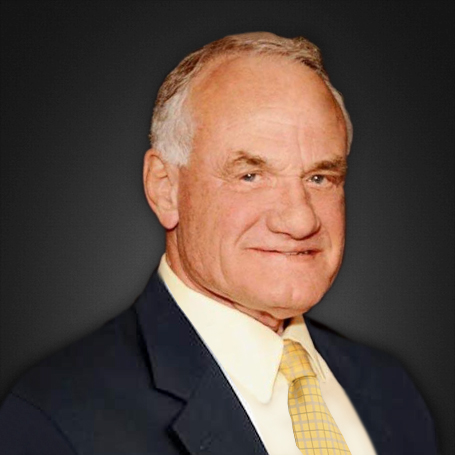 Barry Goldwater, Jr. is a former member of the U.S. House of Representatives, serving California from 1969 to 1983. He is the son of Barry Goldwater, U.S. senator from Arizona and Republican Party presidential nominee in 1964. After retiring from politics, the younger Goldwater moved to Los Angeles and pursued a career in the financial sector, specializing in security law and underwriting.

His clients were major U.S. banks and insurance companies. Goldwater became a member of the New York Stock Exchange and a partner in what is now Wedbush Securities (formerly Noble Cook Inc.).

Goldwater lives in Phoenix, near his son, Barry M. Goldwater III. He has served on the board of the Barry M. Goldwater Scholarship and Excellence in Education Program. Goldwater supported legislation and policies that generally embrace economic independence, individual rights, and a restriction of governmental powers. Goldwater maintains his contact with Republican and Democratic leaders, as well as celebrity activists, while he continues to champion the conservative political movement started by his father. He serves as chairman of the solar energy advocacy group Tell Utilities Solar won’t be Killed (TUSK). He is a member of the American Numismatic Association and director of the National Collector’s Mint.